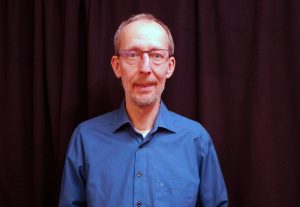 In spring 1975, six months after I got my first guitar, I started composing music, and I’ve been doing that ever since.

For my first band “KuKoMaRe” I composed the music and in my self-study I learned how to arrange wind instruments in the context of a larger instrumentation (max. 16 musicians). For a (not studied) musician this was an enormous challenge, and I learned a lot by mastering it.
In the mid-eighties I was guitarist of the group “Rousseau” for which I composed two pieces. Masquerade and As If Painted.
During this time I dedicated myself extensively to the study of classical guitar and developed my piano skills.

From 1985 to 1992 I was not active in bands, but led various choirs in Northern Hesse, for which I composed and arranged music.
In 1992 I founded the jazz duo “Blue Bossa”, with whom I still perform today. The nineties were further influenced by my membership in the Hanoverian band “Fishermen & Friends” (Rock and Crossover) and the Kassel band “Saveiro Azul” (Brazil Reggae, Roots) around the singer, guitarist and Capoeira Angola master “Rogeiro Soarez”.

During this time I learned computer-aided composing and arranging with an Atari ST and later with Cubase on a Window PC.
In the following time I produced some CDs for different bands with success.
From 2000 on I was completely occupied by family and job, played in two bands and produced only little . In 2015 I’ve joined some Americana style bands as guitarist, banjo and mandolin player.

March Of The Termites